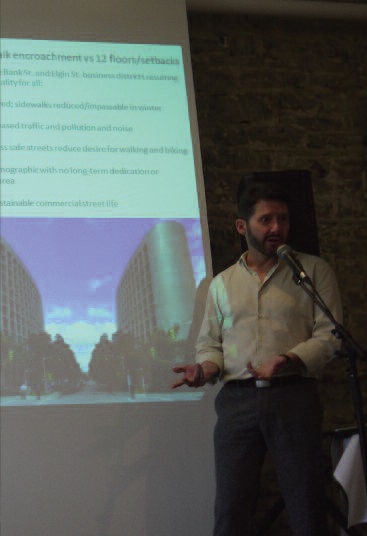 The challenging process of deciding on the location for the new Ottawa Central Library will soon move to the next stage, as city officials review responses to the initial Request for Expressions of Interest (REOI) “to determine interest in the project and obtain information from the development industry concerning potential sites and project delivery methods.”

“The REOI package had a broad reach and was downloaded by 110 different organizations,” said Anna Basile, the library’s manager, planning and board support. “This included some of the major architectural, engineering, development and construction companies from across North America.”

The REOI is to be followed by a Request for Qualifications and then a Request for Proposals – and the advertisement for the REOI made it clear that it isn’t essential to participate in the first stage to qualify for later stages in the decision making process. The library board reviewed the REOI responses at its Dec. 1 meeting.

“Staff are now analyzing the information and will use the data to inform the  recommendations regarding stage 2 (RFQ) of the board approved implementation process,” Basile said. “This is expected to come to the board in Q1 2016, with timelines for the process.”

Architects and business leaders heard presentations about the site selection process and its importance to the community at an Ontario Association of Architects (OAA) event on Oct. 29.

Paul Kariouk, a principal at Kariouk Associates  and associate professor at the Arzeili School of Architecture at Carleton University, cited the Bilbao Effect, where the opening of the Guggenheim Museum there in 1997 resulted in more than 100 million Euros in taxes for the regional government, enough to recoup the construction costs with extra to spare. The Economist magazine reported in 2013 that the museum has attracted more than one million people annually – and with about half of them from out of the community, even though “the collection on display is modest.”

Kariouk said the new central library could become “Ottawa’s Guggenheim” and community economic engine. “The library contributes to the knowledge economy, to social capital, above and beyond the architecture,” he said, observing the success with well-placed and designed libraries in other cities such as the recently constructed Halifax Library, and Vancouver’s replacement library built in the 1990s.

He said the library should be careful in reviewing public/private proposals, and ensure the building is constructed in the central core within range of the Parliamentary Precinct, the National Arts Centre and the ByWard Market.

The Ontario Association of Architects helld a program in co-operation with the Ottawa Chamber of Commerce to discuss site selection challenges.The Ottawa Public Library location was a key part of the discussion.