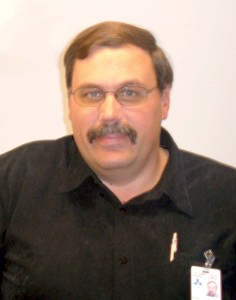 The former director of planning and capital projects at The Ottawa Hospital has filed a counterclaim seeking $350,000 for wrongful dismissal and emotional harm, asserting “he’s had his reputation destroyed.”

Frank Medwenistch, along with former colleague Brock Marshall and several contractors, were previously sued by the hospital alleging fraudulent arrangements and kickbacks between the former hospital employees and selected contractors.

The case hasn’t been heard in court yet, and Medwenistch has filed a 20-page statement of defence and counterclaim providing a different perspective of the issues, The Canadian Broadcasting Corporation (CBC) has reported.

The Statement of Defence claims that current chief operating officer Cameron Love, along with other hospital senior managers, directed staff to breach Ministry of Health and Long-Term Care rules, by funneling some hospital construction spending through a ministry-funded project, a breach of ministry rules.

Medwenistch also asserts in his defence statement that Love had a conflict of interest with contractor DRS Construction, one of the co-accused in the hospital suit, and that several other hospital executives hired their own family members to work at the hospital, taking a shot at assertions that he had the hospital cover the costs of employing one of his daughters at one of the contractors named in the lawsuit.

The statement of defence also asserts that there was an annual spending splurge of year-end construction budget surpluses, in a “March madness,” when contractors were pre-paid for work not done for several months.

CBC reports that the hospital has responded to Medwenistch’s assertions by saying in a statement that all ministry-funded projects were dealt with in accordance with ministry guidelines.

“As for spending during the so-called “March madness” a hospital spokesperson said in an emailed statement: “When there is a budget surplus at the end of a fiscal year the hospital is in a position to move up and progress on projects and equipment purchases approved and slated for the following year,” CBC reported the hospital as saying.

“It is not an uncommon practice and the hospital complies with all ministry policies.”

The Ottawa Hospital also says it complies with its hiring policies where family members of hospital staff are concerned, CBC reported.

“As the third-largest employer in the city, family members are hired at the hospital. These hires, as well as all of our hires, follow our rigorous hiring policies and processes including the policies related to the hiring of summer students and family members and are subject to our conflict of interest policy,” the hospital statement said.

PCL/EllisDon joint venture only bidder for $1 billion plus Centre Block...