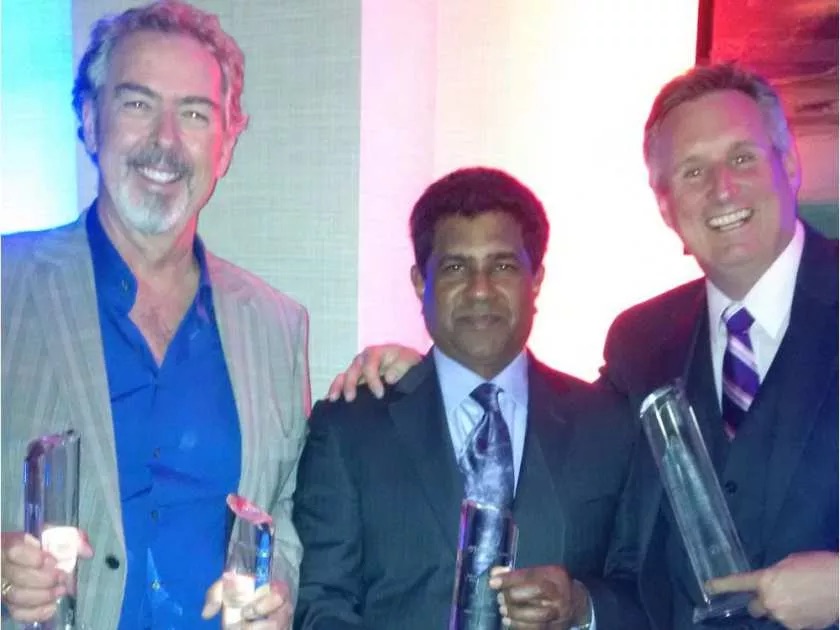 Amsted Design-Build has, for the second year in a row, been recognized as the Renovator of the Year by the Ontario Home Builders Association (OHBA) at the association’s annual Awards of Distinction gala.

The renovation contractor, which also won the award last year as it celebrated its twenty-fifth anniversary, also won a category award for a kitchen and bathroom renovation.

Ottawa businesses, members of the Greater Ottawa Home Builders’ Association (GOHBA)  were well represented at the awards ceremony in Toronto.

“We have truly benefited from having John as part of our association,” said OHBA president Neil Rodgers. “His unwavering commitment to the industry, his success as an executive officer and his devotion to giving back to the community has led to the success of many events and initiatives across the province. John is known for his passion for the industry and never one to shy away from the issue. The association is fortunate to have a strong advocate like John in our midst.”

The award honours the memory of David Horton, who served as OHBA executive director for more than 25 years.

In winning the provincial renovator’s award, Amsted won against Ottawa’s OakWood Renovation Experts and Eurodale Developments of Toronto. The renovation award has been won by an Ottawa company in each of the three years it has been awarded. (Oakwood won the award in the first year.)

Other Ottawa area winners include:

Design First Interiors:  Won two awards, for renovations of a bathroom and kitchen

Received an award for the production award category of two-storey, 2,501 sq. ft. and over, for its Orchard Model of Riverpark Green.

The award winners are also entered in the GOHBA’s Housing Design Awards, which will be announced at an Oct. 22 gala.