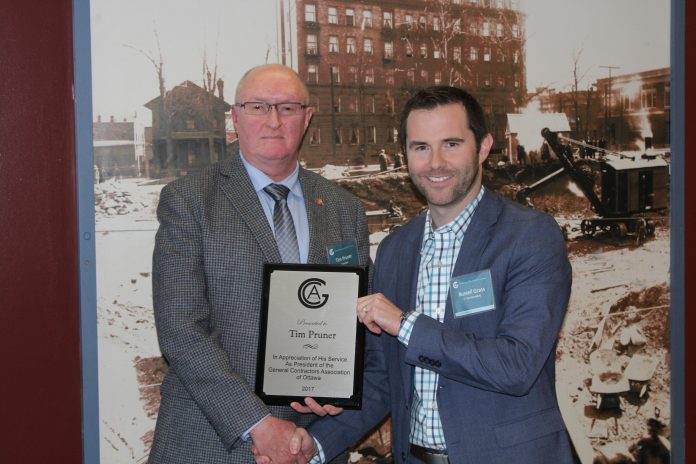 Tendering practice issues continue to be the most important GCAO challenge. In 2017, the association intervened in several situations when its membership had concerns about fairness in how owners set the rules for selecting contractors.

While the university issued a lump sum tender, it issued an addendum well into the tendering phase indicating that the university was going to “implement a single-envelope post qualification rating system.”

The GCAO asked the university to change the post-tender requirement to a two-envelope submission, and university officials responded by saying they will  “try to utilize pre-qualification rather than post qualification, as it is not their norm to make post-qualification the norm,” current GCAO president Russell Grass Jr. reported in the association’s annual report.

The GCAO also questioned PWGSC’s use of “post qualifications” for this tender. “PWGSC responded that they do not intend to utilize post qualification for tenders but this tender was a rush project and PWGSC felt that it was required to ensure that the owner received the best value.”

The GCAO raised concerns about two projects, the Ecole Marius Bareau Phase 1 and the Arnprior school, especially the school district’s “continued non-public tender opening practice and their refusal to release tender results.” There were other problems with the Ecole Maius Barbeau project including the inclusion of an unacceptable supplementary general condition (SGC). “It inappropriately attempted to shift existing condition risks to the contractor based on a generally superficial review of the site conditions at a job showing,” Grass wrote in his report. “This clause is unenforceable and should be deleted.”

The CECCE did not respond to the GCAO’s letters, but released tender results online.

The association sent a letter to the City of Ottawa “regarding their use of liquidated damages, incentive/disincentive clauses, and the concern over the fee structure in changes in contract value for the construction management project.”

Owners, contractors and suppliers need to prepare for price increases and...