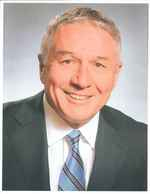 Jeff Clarke, president and CEO of Inflector Environmental Services and an Ottawa Construction Association director, died on March 9 at 58.

Clarke made many community contributions beyond his responsibilities with the OCA board. (He would have likely ultimately taken on the OCA’s chair if his illness had not intervened.)

“While serving on the board of the National Capital YMCA -YWCA, Jeff oversaw an unprecedented multi-site redevelopment of the Central Taggart Family Y and the Orleans Ruddy Family Y,” his published obituary says. “He was co-chair of a Babes4Breast event, with proceeds to the Shirley E. Greenberg Breast Imaging Suite at the Queensway Carlton Hospital. He was co-chair of the Ski for Kids Charity in support of CHEO and the Children’s Aid Foundation of Ottawa.”

Clarke earlier served the nation while assisting former prime minister Brian Mulroney prepare for international conferences and summits, his obituary says. He also served on the VIA Rail board where he championed a policy to offer discounts to veterans.

He established his business in 1994. Since then, Inflector Environmental Services has grown to service public and private sector clients throughout the country and abroad. “With offices located in Ottawa and Toronto, Ontario we are emerging as one of the Industry leaders in specialty environmental contracting including asbestos abatement, mould remediation and hazardous materials management and disposal,” the Inflector website says.

Memorial donations can be made to the Ottawa Regional Cancer Foundation.