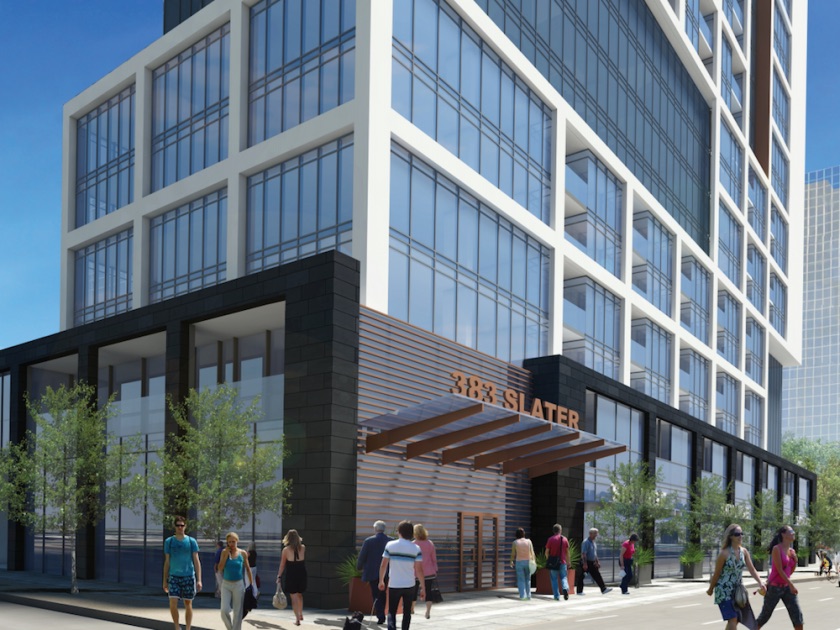 The prominent redevelopment site had been considered as a potential location for the new central library, but these plans fell through.

The 383 Slater St. project needs city approval for a 75 meter building , instead of the current maximum of 46 meter (about 14 floors), and fewer bike parking spaces (132 instead of 148) and the proposal calls for much of the ground level to be filled with retail instead of gardens or grass.  The proposal is the first of three phases for the site, the company says.

This project will be another in a list of several Broccolini projects either under construction or planned in Ottawa.