The Ottawa Hospital has filed a lawsuit alleging a multi-year fraud, embezzlement and kickback scheme overseen by two senior hospital employees responsible for overseeing millions of dollars in construction projects.

In a news release in early January, the hospital says: “Last summer, through our internal control procedures, we identified grounds for concern arising from some of the activities in our planning and facilities department. We launched an investigation. Today, based on the findings from this investigation, we initiated a civil lawsuit and are reporting it to the police. As the matter is now before the court, we have no further comment at this time.

“As a critical and respected public institution in our community, we know The Ottawa Hospital is held to a higher standard in how it conducts business and manages issues that arise. We are confident that we have the appropriate internal controls in place to guide the actions and behaviours of our staff and the organization as a whole. We do not condone or tolerate activities contrary to our values,” the hospital’s statement said.

The alleged conspiracy included bid rigging and manipulation, as well as inflated prices paid to contractors for goods and services in exchange for kickbacks that occurred over years. The alleged payments included work on the homes and cottages of Marshall and Medwenitch, jobs for Medwenitsch’s children and luxury trips, including one to a British Columbia fishing resort ending with a trip to California wine country in 2015.

The claim also alleges Marshall was coerced into approving improper invoices for half a million dollars of work that “nobody ever recalls happening.” The hospital alleges Medwenitsch conspired with Gerald Dubé, principal of 1436937 Ontario Inc. (operating as DRS Construction) and Roch St-Louis, director of Pro Management Construction and Ottawa Diamond Construction, to “essentially extort” Marshall, beginning in 2014.

The statement of claim describes emails in which Medwenitsch taunts Marshall about more than $100,000 worth of work on his home, as well as “more skeletons,” in order to get him to sign off on “unsupported and improper” invoices dating back to 2010.

The statement of claim also includes allegations involving Federal Electric (and its president Larry St. Pierre and  G.A.L. Power, asserting that G.A.L. with Guy Adrian Lapierre “contributed for Medwenitsch and a project manager from Medwenitsch’s department to attend a lavish fishing trip that included flights to Vancouver, a luxury hotel stay in Vancouver, fishing licenses and a second leg of the trip in San Francisco, which included spouses, then on to Napa Valley. St. Pierre and Lapierre attended as well.”

“From 2009 to 2010, G.A.L. Power employed Medwenitsch’s other daughter, Stephanie Medwenitsch, as a ‘client appreciation representative’,” the statement of claim says.

“I wanted to take a moment to address the recent news involving The Ottawa Hospital currently making headlines in the media.

“In addition, I wish to confirm that donor support has not been impacted. Your donations have, and will continue to provide The Ottawa Hospital with tools and equipment needed to offer world-class care and research for patients.”

The Ottawa Construction News will provide a more extensive report in the February issue. 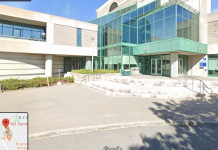 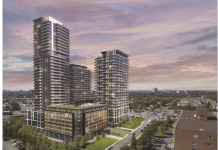 Ontario’s prompt payment legislation – Is it heading to limbo because...