Salus Clementine, a four storey, 42-unit affordable housing project for men and women with severe mental illness, is pioneering a revolution in high quality affordable housing. Completion is scheduled for the end of May 2016. 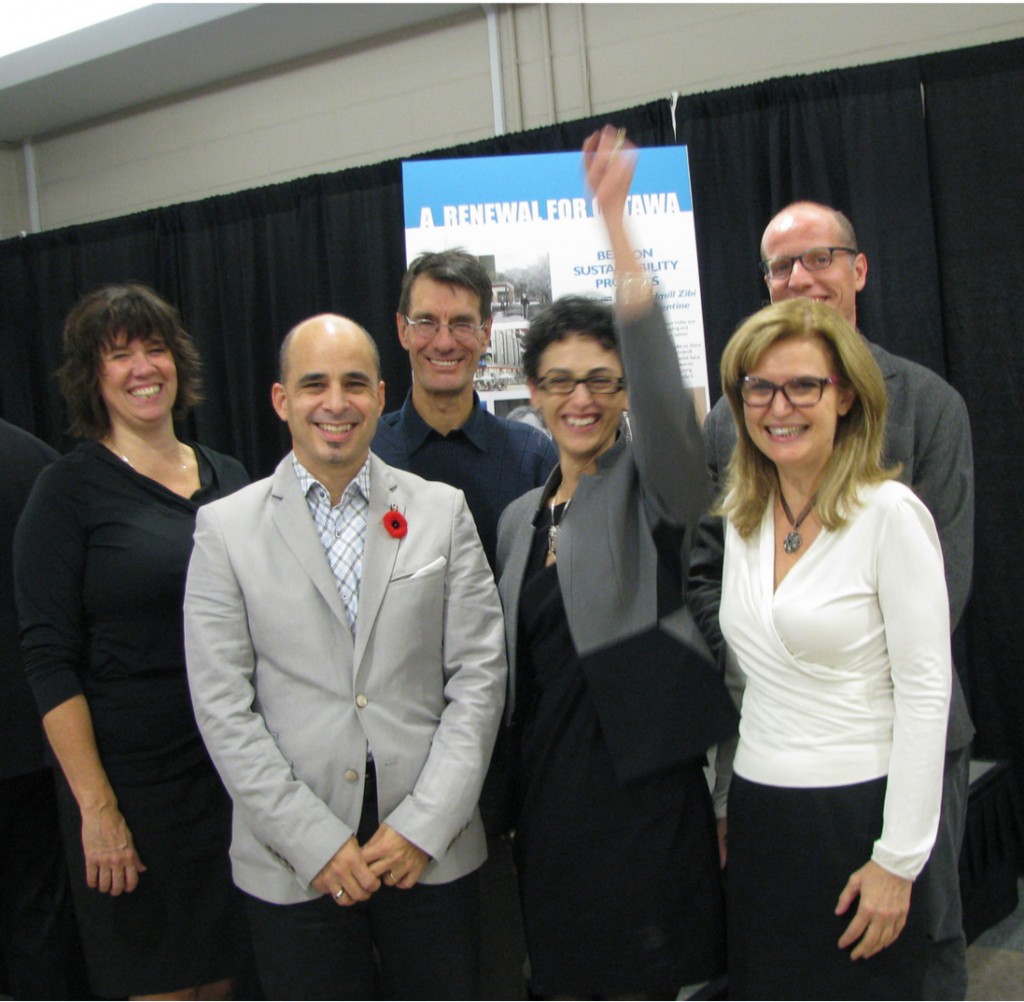 International Passive House Days in Ottawa started with greetings from Ottawa Salus and Taplen Construction, host and sponsor of the event. This was followed by an update on Passive House developments in Canada and abroad by Andrew Peel, Canada’s only accredited Passive House building certifier. His presentation highlighted the growing success achieved by Passive House, which has now spread to over 40 countries.

Peel concluded by inviting Ottawa to continue leading the way in Passive House with an inspiring suggestion for a Passive House retrofit at 24 Sussex. The audience’s “Let’s do it“ reaction is a testament to Ottawa’s growing desire for meaningful improvements in the performance and quality of its buildings.

The assessment was completed according to the German Passive House institute requirements. The modelled space heating demand is 14 kWh/m2/yr. That is roughly equal to 150 L of oil/year, or three fill ups of your car’s gas tank for the entire heating season. The Primary Energy demand, which includes all building services (domestic hot water, heating, cooling, auxiliary and household electricity) is 116 kWh/m2/yr, which is 84 per cent below that of a conventional building. 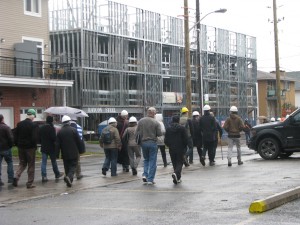 She will be presenting the project with Malcolm Isaacs at the 2016 International Passive House conference in Darmstadt.

The pre-certification announcement was followed by words from Councillor David Chernushenko, chair of the City of Ottawa’s Environment committee, as well as greetings from Deputy Mayor Bob Monette. A strong supporter of Passive House, Coun. Chernushenko enthusiastically ended his speech by inviting all parties “to look at what Ottawa can do to bring this achievement up to scale… I have seen a neighbourhood, a supermarket and a school to the Passive House standard. I would like to see it now in Ottawa. Our job, me and city council, city staff who are here or at the seminars and all of you in the professional community can be working together to show that it is possible and it makes no sense to build any other way … and I will be working on this with my colleagues at City council to make this just a launching off point for something much bigger.” 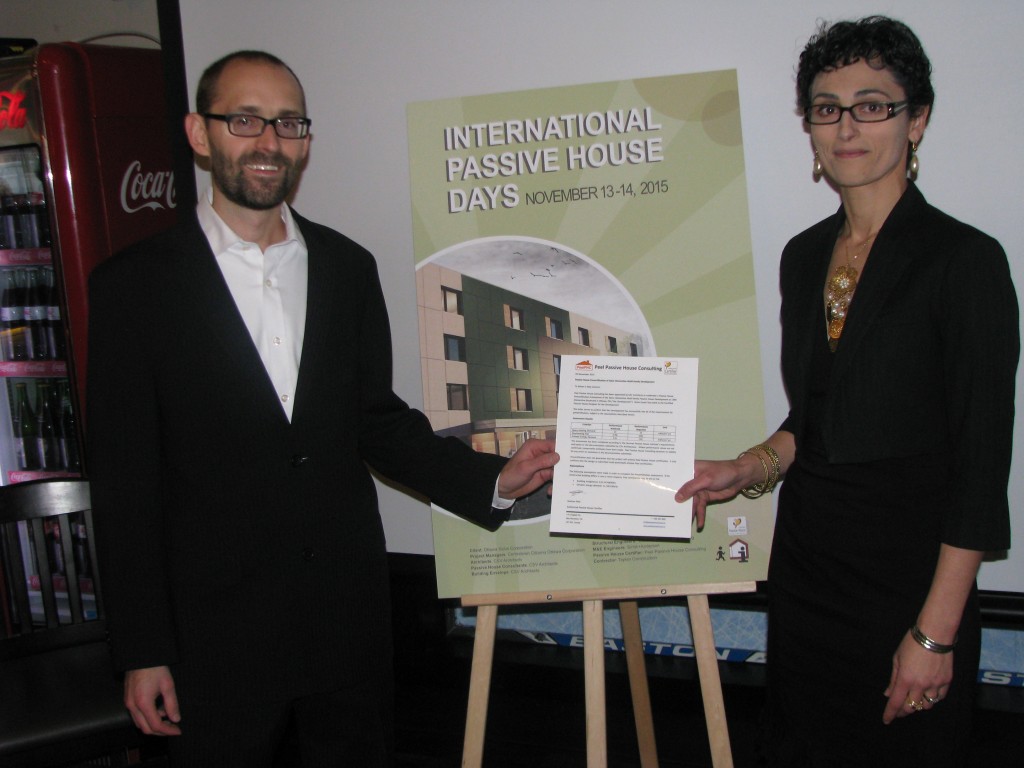 The unexpected number of visitors shows the great interest in Passive House in Ottawa.

Zouari says she is committed to raising awareness and promoting the Passive House approach as a way to significantly improve our built environment. “As a result of her work, we count over a 1,000 participations to Passive House inspired events in Ottawa in the past year, more than any other city in North America.” she said. She continues to advocate for Passive House at the regional, provincial, and national levels. 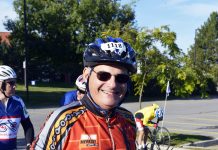